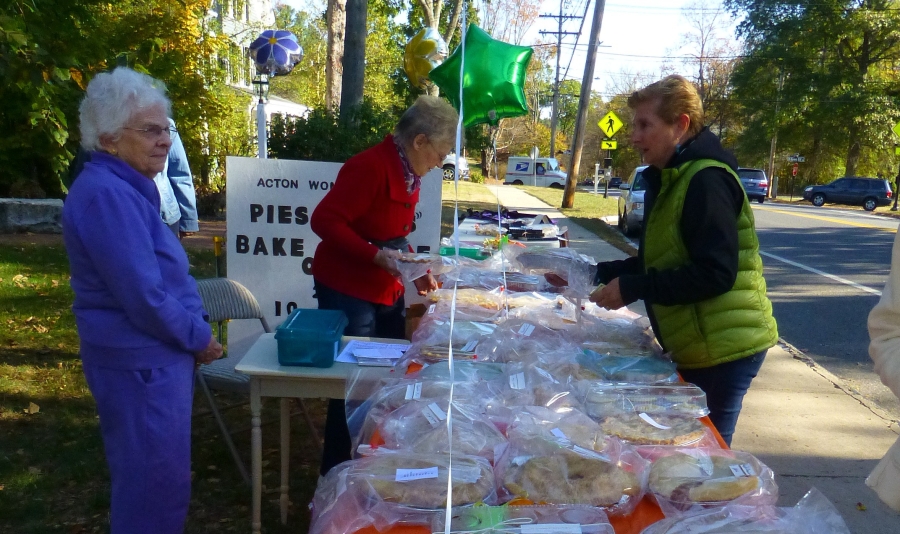 Pie Sale:  Everyone loves a homemade pie.  Each October members bake two (or more if they wish) to contribute to the Saturday morning pie sale, held outside in front of the clubhouse. Pies are $12 each and sell out rapidly.  Proceeds go towards the Acton Woman’s Club Acton-Boxborough High School Scholarships.

Women of the Club donate their time by serving dinners and help in food preparation during the year, as well as designating a special night when the Club also underwrites the cost of the dinner. 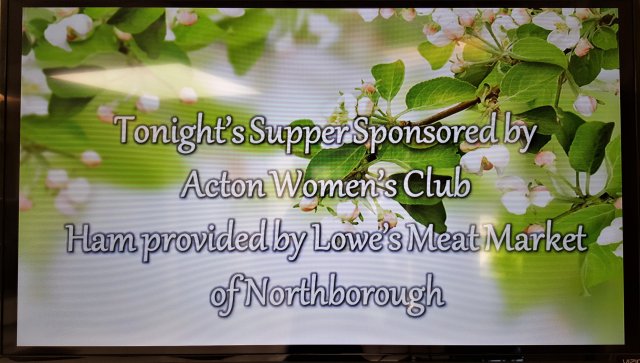 The goal of the Philanthropic/Outreach Committee of the Acton Woman’s Club is to review needs of local organizations and designate on behalf of the club, financial assistance to local charitable groups that support people in need, primarily those who do not benefit from large professional fundraising resources.  Donations are reviewed and may change yearly.

Presently the Club has revitalized its giving program and focused on charitable efforts that reach a variety of groups and the people they serve: 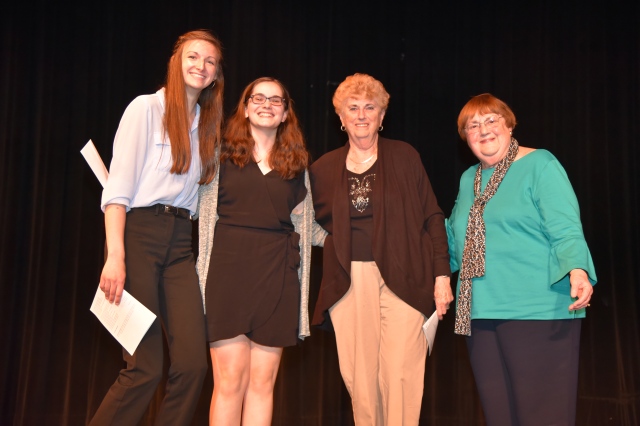 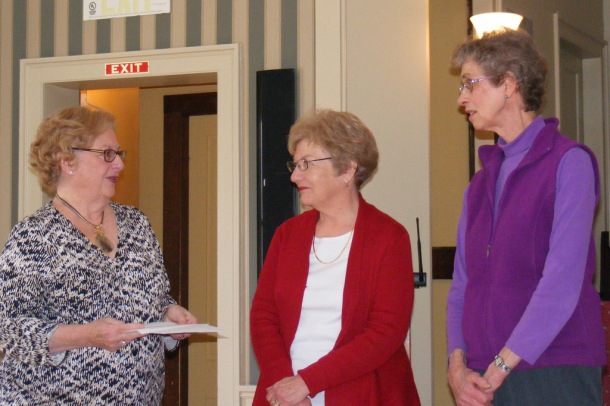 Presentation of donations to A Friend in Need and Hagar’s Sisters  representatives.

When The Acton Woman’s Club incorporated in 1915, the original goals and objectives were to preserve its Federal period house and to promote benevolent and civic activities. Over one-hundred years later our club continues a long tradition of support to the community.

In the early years, the club built new seats on the school house grounds for children who did not go home for dinner. In 1937, the club shared expenses with the firemen to light the Community Christmas tree and provide cocoa to the Acton Center School children during winter months.

In 1935 when the town celebrated its 20th anniversary, the Acton Woman’s Club entered a float in the town parade.

During WW I, the AWC adopted 27 soldiers at Camp Devens and attempted to alleviate their home sickness with homemade jams, jellies and even gifts of money. Members mailed boxes of clothing to Acton, England, during the war effort

The Acton Woman’s Club worked alongside the American Red Cross during World Wars I and II.   Toiletries were sent to the soldiers, afghans were made and donations given toward a sun room at Fort Devens. The schools were given donations for a milk fund as well as a dental clinic.  A food sale raised funds for playground equipment and an organ for the Center School.  The Club sponsored a Victory Garden Information Center.

During the Vietnam War boxed treats were mailed to our GI’s and by 1967 over 100 boxes had been mailed. Members have also sent boxes with supplies and goodies and handwritten letters of appreciation and encouragement to the Acton soldiers during the Iraq and Afghanistan Wars.

Other philanthropic activities include being involved with: Emerson Hospital, The Red Cross (including making surgical dressings for the Red Cross during WWII), Children’s Hospital, National Braille Press, books for the library, quilts for children for the police to use and for premature infants at Emerson Hospital, sanitary supplies for women in women’s correctional facilities, and weekly teas to lift the spirits of elderly residents of Suburban Manor Nursing Home.  Club members have knit caps and scarves for donation to the Acton Community Supper and sewed “Comfort Quilts” to give to battered women and children.

Any member may initiate a service project for someone in the community and beyond.  The AWC is always grateful for the generous and enthusiastic support of its members.